The Longest Parklet in the USA? - Archatrak
Skip to content

Home > The Longest Parklet in the USA? 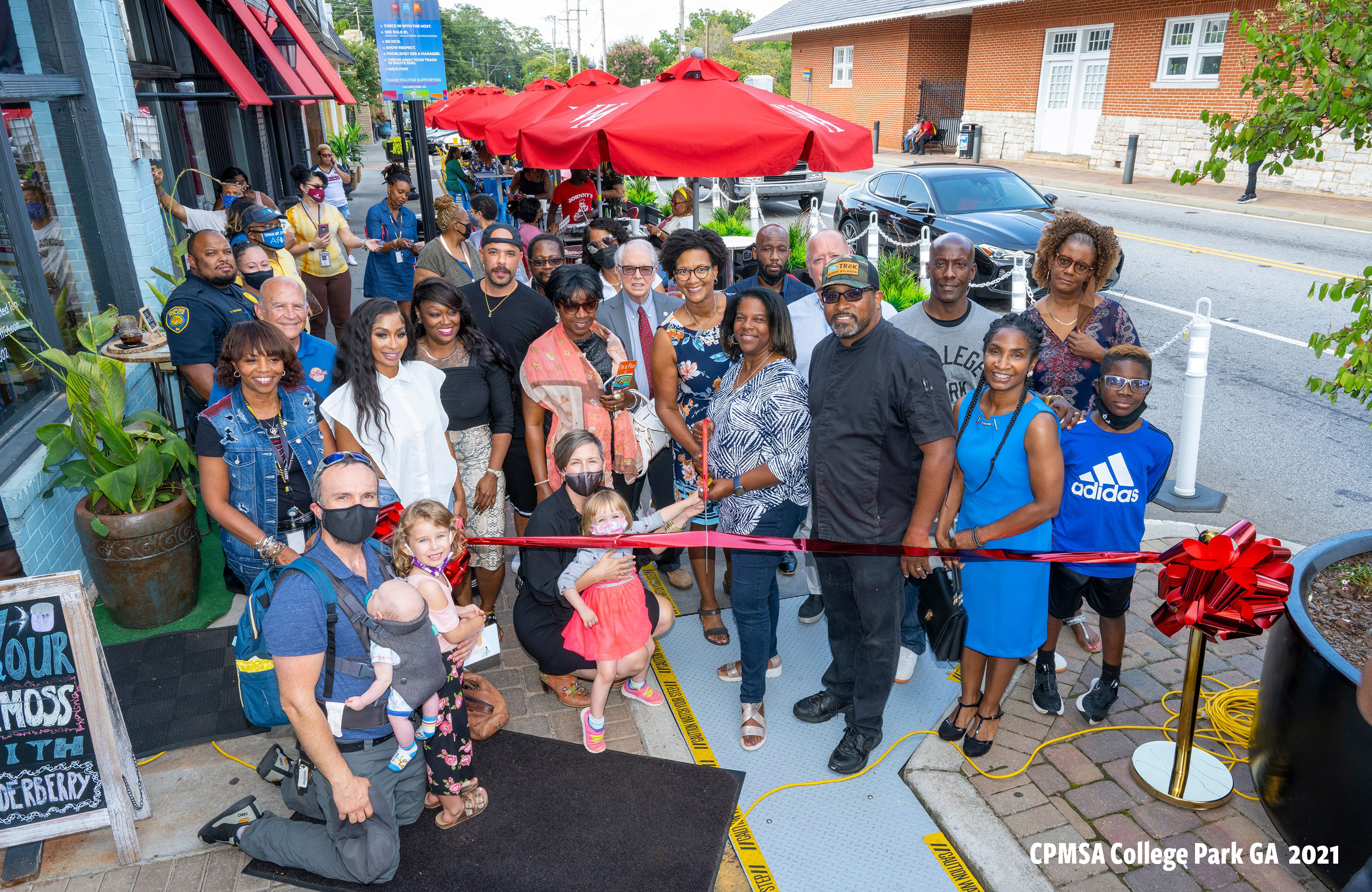 The City of College Park, GA has recently installed what appears to be the longest parklet in the country to date. At almost 90’ long and 6’ wide, it occupies the space normally taken up by seven car parking spaces.

Last December, the Atlanta City Council approved an ordinance permitting restaurants and bars to expand outdoor seating into parking spaces in front of or adjacent to their establishments, through the end of 2021. The City of Atlanta agreed to cover the cost of the building materials and installation of the parklets while the restaurants and bars supplied the tables and chairs. Atlanta currently has 12 parklets installed with another four planned for this fall.

Following on from this initiative, the City of College Park also launched a parklet program, funded with a combination of public and private funds, with College Park Main Street Association donating $15,000 and the City adding $25,000 raised from the community. The culmination of these efforts enabled the installation of the record breaking parklet.

Now fully constructed, this parklet spans three retail businesses – The Real Milk and Honey, Virgil’s Gullah Kitchen and Bar and Johnny’s Chicken and Waffles with color-coded chairs and tables defining the dining area for each restaurant in the parklet.

The complete parklet including planters and railings was supplied by Archatrak and highlighted the versatility of the StreetDeck modular deck kit. StreetDeck was developed as a more affordable means of creating community parklets using modular components which could easily be brought on site and assembled by unskilled labor. Initially, it was envisaged that these modular decks would occupy either one or two car parking spaces, but over the last 12 months or so, it soon became apparent that much longer decks were required to meet the needs of outdoor dining space alongside restaurants with restricted indoor dining space. Fortunately, the design of StreetDeck allows a parklet to be extended as a totally integrated unit for as long as you wish, and (subject to some constraints) it can also be extended in width from the basic 6’ dimension.

Porcelain pavers made up the surface of the College Park parklet but StreetDeck parklets can also be surfaced with an Ipe wood deck, using 2’ x 2’ structural wood tiles. The entire deck is supported by adjustable pedestals which resolve the issue of the roadway slope and helps the deck sit flush with the sidewalk. Planters create a more welcoming ambiance and at night, solar powered umbrellas with LED lights are often used to extend dining hours since they avoid the issue of bringing power cords across the sidewalk.

The entire structure can be easily dismantled and stored if necessary, although with the current health crisis still dragging on, there’s every chance that parklets like this will become a permanent streetscape feature in cities throughout the country. Not only do people feel safer in the open air but most businesses adjacent to parklets such as this report an increased vibrancy and a welcome boost to their business.